Menu
Add a Pin
Back to Map
Presentations

Rick Clark, 5th generation farmer has been using cover crops for over 10 years on his 7,000 acre family farm.

1,200 of Clark Land and Cattle is certified organic, with the remaining in transition.

Rick believes in soil health and over many presentations at various Soil Health Conferences around the country, he’s shared his system and results. We’ll break down his presentation and present the keys to his success and how you can generate a positive ROI while building soil health.

Farming Green is when you’re planting the cash crop of corn and soybeans into a living, growing, green cover crop.

Many say this can’t be done, but Rick points to the nitrogen to carbon ratio as a key to his success.

In his fields, the carbon to nitrogen ratio is at least 70:1, often times much higher.

Rick uses no-till methods. The picture below is a corn row unit. There’s no row cleaner or no-till coulter.

There is a prescription tillage technology double-disk opener. It has a serrated tooth blade that creates a U trough instead of a v slot and eliminates hair pinning. 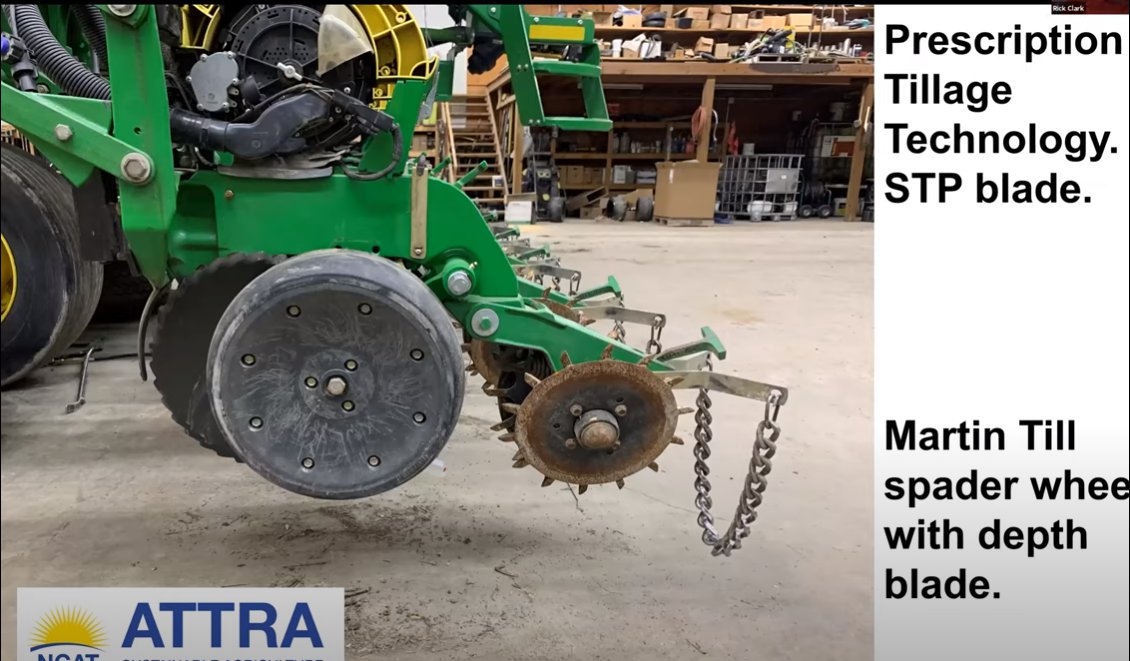 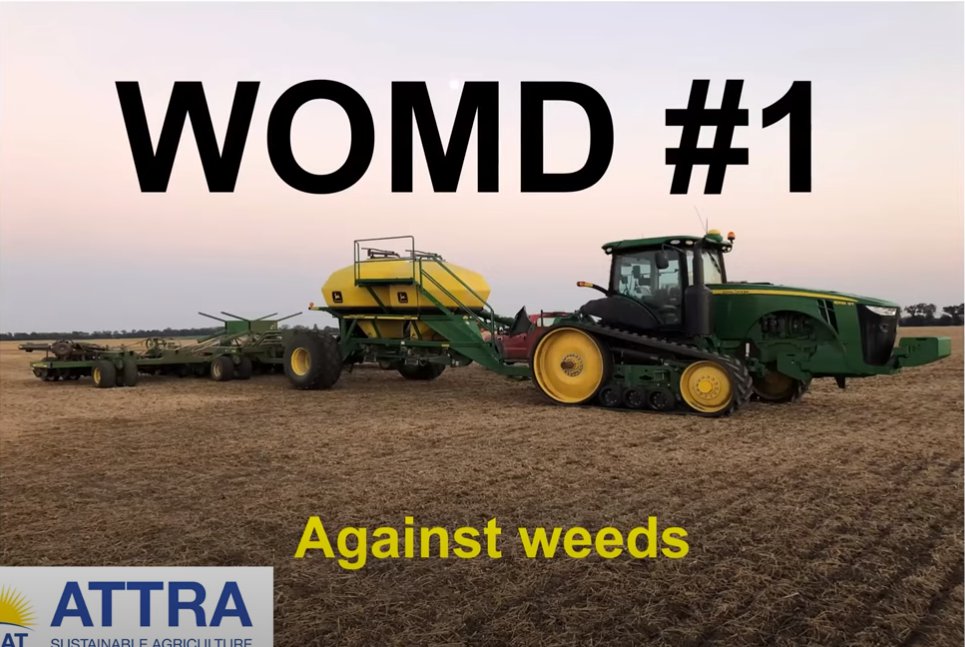 What does Rick Clark Grow/Raise?

Rick has a 6 crop system / plus 1. He doesn’t believe a two crop system is sustainable. He’s looked at other markets and here’s what he grows and the length of time he’s been growing it:

Regenerative are acres of farm land that are taken out of production to build soil health. Rick uses a cool-season mixture of cover crops, followed by a warm season mixture to build organic matter and increasing water holding capacity, among other benefits.

What Does Rick Clark Not Use?

What’s just as interesting as what Rick grows is what you won’t find on his farm.

Rick’s soil is at a 6.8 pH and either staying the same or slightly rising. That’s because they’ve taken away all the salts and acids. This was achieved over several years by slowly reducing his inputs and adjusting to ensure his soil pH remained at a healthy level.

What If I Have To Use Synthetic Fertilizer?

Growing Your Own Fertilizer

Rick hasn’t used nitrogen or any kind of fertilizer in years. He uses a legume package to fix nitrogen into the soil that helps his cash crops grow.

Biomass is the secret to Clark Land and Cattle’s success. Their goal is to generate upwards of 10,000 lb/Acre of biomass. This biomass provides 70% of the weed suppression with the remaining 30% from the cash crop canopy.

Rick spends on average $40 an acre on cover crops. Here’s his special blend. 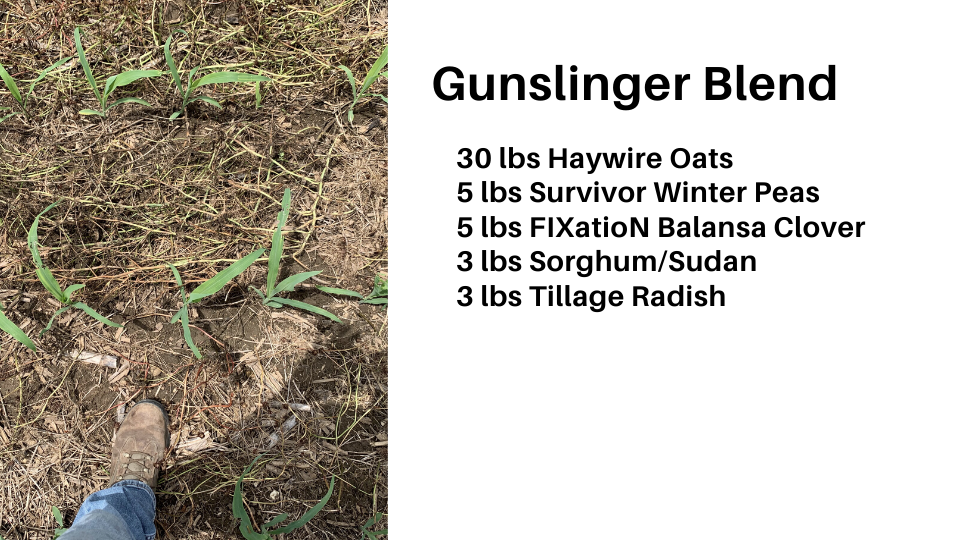 When Does Rick Clark Plant Corn?

Rick plants his corn 3 inches deep in June. This is due to the amount of residue on the top soil. This ensures good seed to soil contact, which is important in his system.

Rick allows his cover crops to grow past Mother’s Day to allow the maximum amount of nitrogen to be fixed into the soil. This nitrogen is available for the corn to grow bigger and faster.

To gather the figures below, Rick measures a 2 by 2 foot square and cuts everything off that square and sends it to a lab for analysis. Here’s the results explained. 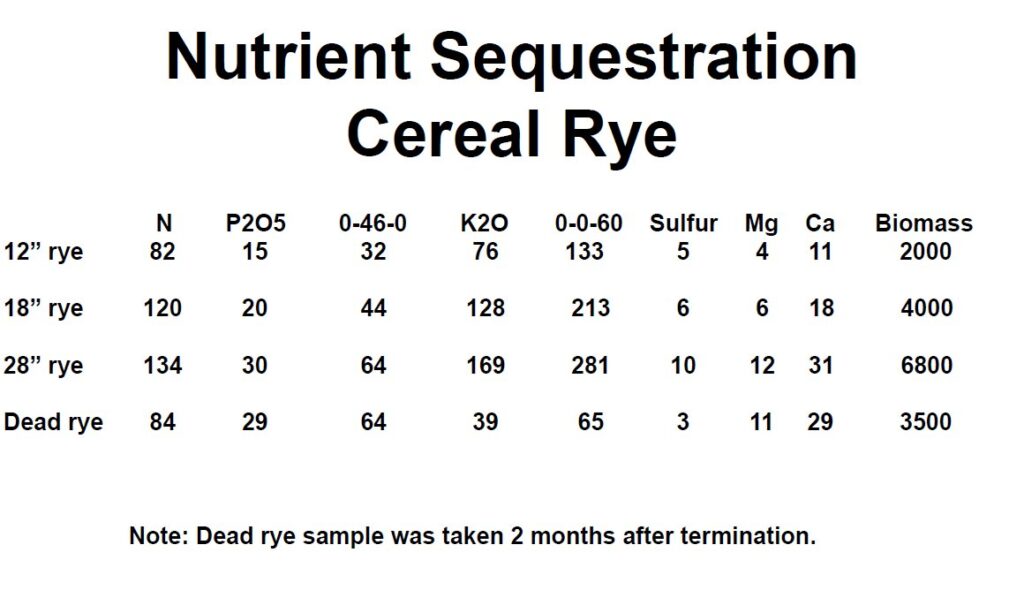 How Does Rick Terminate Cover Crops? 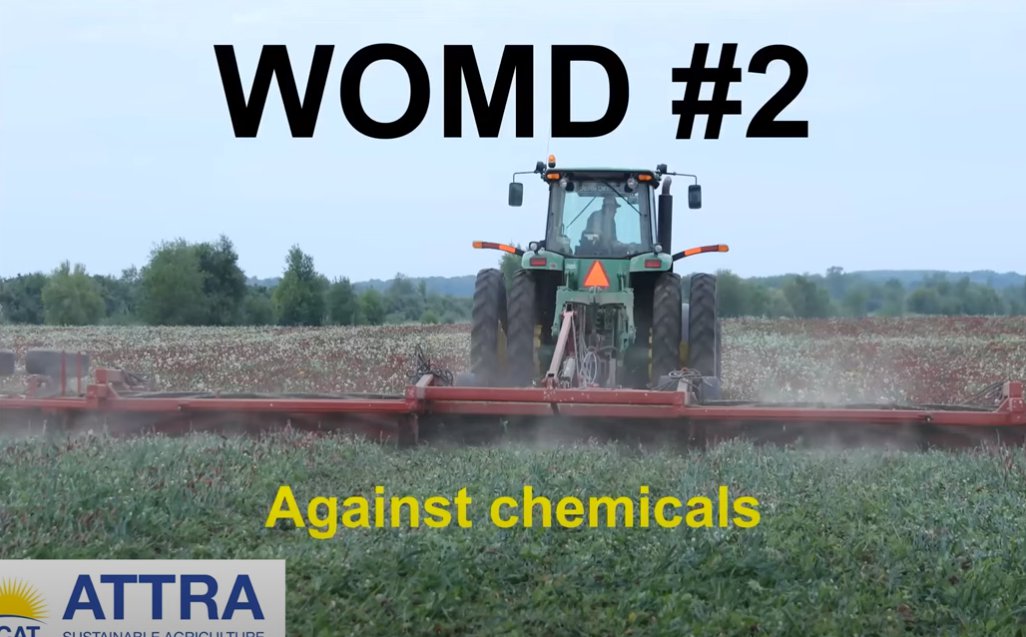 For Cover Crops and Corn

Rick uses a roller crimper to terminate his cover crops and leave a thick residue to plant his corn into. He’s eliminated the burn down pass and only spot sprays as needed.

Termination may not occur for up to 30 days after planting, but typically it’s happened within 3-5 days.

For Cover Crops and Soybeans

They terminate the cover crop after 40 days at which point the soybean continues to grow feeding on the nitrogen that was fixed by the legume.

One of Rick’s achievements is his reduction in input costs. Using cover crops, Rick is pulling up nutrients from deep within the soil to provide his cash crop with the fuel it needs to grow. He’s also feeding microbes by feeding the degraded cover crops back into the soil.

Here’s a slide from a presentation he did and his input costs. 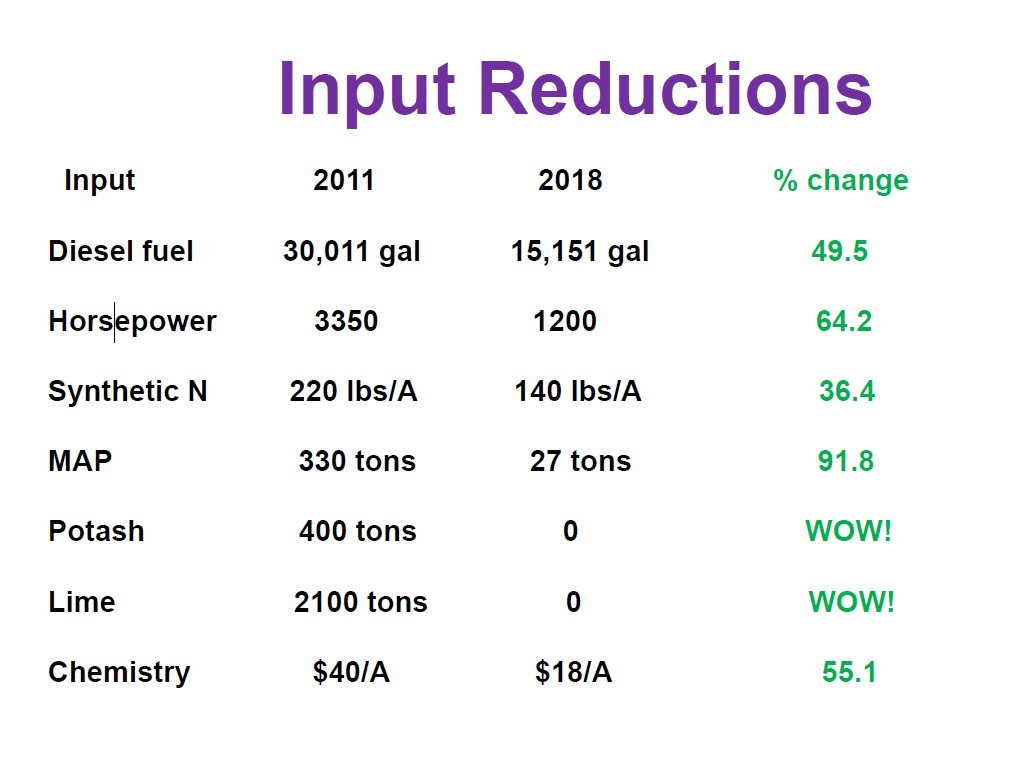 What’s Rick Clark’s System All About?

Rick recommends starting with the Dr. Rick Haney Soil Test. This is to answer a few questions you’ll need to begin transitioning to a healthy system.

The list below is from a presentation Rick gave at the Soil Health Conference in 2021.

What you won’t find on this list is yield. Rick specifically states that he will sacrifice yield for soil health, knowing it will payoff in the long term. However, Rick has been able to keep his yields consistent, which has allowed him to forecast better and ultimately improve his business. 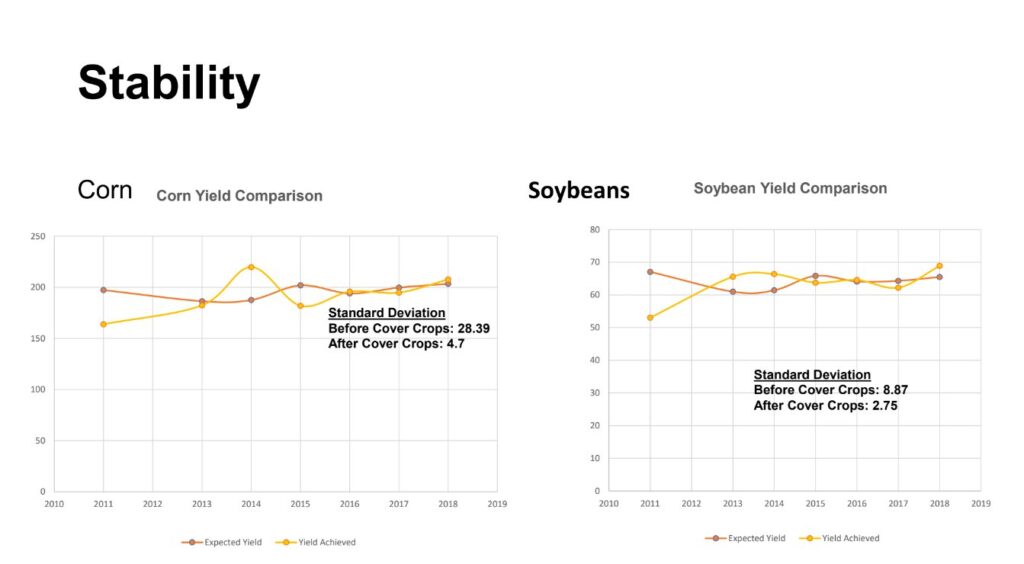 At the Central WI Farm Profitability Expo, Rick explained how important biomass is to prevent erosion, armor the soil, and suppress weeds.

Download Rick Clark’s presentation with insights on his progressive practices and the money it’s putting in his bank account.

This resource is brought to you by